Have you fallen in love with pizza and want to make your own at home? That’s a very common occurrence, and we’re glad you’re taking control of the situation. However, you’ve probably noticed a difference between your homemade pizza and the pizza you get delivered.

Is it the sauce, perhaps? Is it necessary to cook it first, or can it be eaten raw? Are there any special seasonings you’re missing? Let us 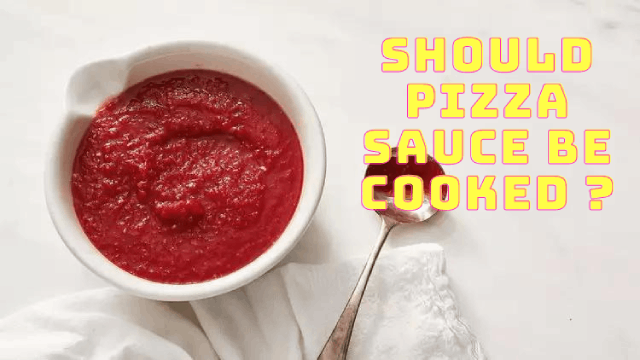 Should pizza sauce be cooked?

Yes, you should cook your pizza sauce for at least 30 minutes to ensure that the end result is exactly what you want. Because it has a sour, raw flavor, raw pizza sauce is inferior to cooked pizza sauce.

When the tomatoes are cooked, their flavor develops and blends with the other ingredients. It’s the same logic as cooking your bolognese sauce for several hours if you want it to be really good.

On the internet, you’ll find a wide range of opinions, many of which will advise you to use raw pizza sauce. Here’s why we think cooked pizza sauce is the best, so you can make

When you open the can of roast tomatoes, tomato sauce, or whatever combination you’re using, it’s likely cold and raw. As raw as a tomato that has been previously roasted or simmered can be

The issue is the acidity level in tomatoes, which has a sour taste. We personally dislike tomato sauce because it causes severe heartburn. However, after simmering with the rest of the ingredients for at least half an hour, it loses its punch.

If you’re patient, you can let it simmer for an hour and get an even better sauce. If you do this, you may think you’re cooking the sauce twice: once while simmering and again when baking pizza.

And you’re correct; this results in a perfectly good pizza sauce. It is directly related to our next point.

Your oven cannot get hot enough for true pizza

A screaming hot oven is required for true pizza. How hot is it? Approximately 800 F/426 C. Is your home oven capable of reaching that temperature? Ours doesn’t either. At best, you can simulate that temperature with a grill that still has the flame on, and even that is insufficient.

What effect does this have on your pizza? And why is it important for the sauce? A pizza should be cooked in about 10 minutes to create that crust and crisp it up nicely without becoming soggy as the toppings cook. It also means that the pizza sauce is only lightly cooked, as it must be simmered to remove

This does not happen quickly enough in a typical home oven. Your pizza will cook in about 35 minutes, give or take 5 minutes for extra toppings and possibly ladling on too much sauce (we’ve all done it). Most of the time, the crust does not end up bubbly and crispy.

So, if you use a home oven to cook your pizza sauce, it will end up cooking. However, it requires more. You may be wondering why, given that it cooks for 35(ish) minutes and we stated that it should be simmered for 30. Yes, but after simmering for 30 minutes, you cook it a second time to remove all of the acidity.

Furthermore, those 35 minutes are not spent cooking. Nothing you’ve ever put in the oven starts cooking right away; it takes nearly 10 minutes to heat up. Consider baking: it takes time for the dough to rise.

In short, a home oven will not sufficiently cook your raw sauce. That’s probably why it’s off and you reach for the mayo and garlic sauce.

What makes a good pizza sauce?

A good pizza sauce should have enough moisture to keep the product from drying out and enough flavor to eliminate the need for additional sauce. This is easily adaptable based on the seasonings and herbs you use in your pizza sauce.

It also shouldn’t be too runny. A runny pizza sauce will only cause the dough to cook much more slowly, potentially resulting in a soggy bottom pizza. This can also happen if the oven is not heated sufficiently.

Is tomato sauce the same as pizza sauce?

Finally, good pizza sauce is more than just tomato sauce. It contains several essential ingredients for making a perfect pizza, such as:

That’s all there is to it. We haven’t mentioned sugar yet. That’s right, if you cook it down, the sour edge that calls for a tablespoon of sugar will be lost.

Simmer all of these ingredients for at least 30 minutes and you’ll have some damn good pizza. Also, remember to season the dough with salt and pepper. There’s only so much

Do you need to heat pizza sauce?

No, pizza sauce can be ladled onto the pizza cold because it will heat up while baking. If you’re using ready-made pizza sauce, leave it alone.

If you make it yourself and it’s still hot in the pot, you can put it on the pizza hot. It doesn’t really matter what temperature the sauce is, but reheating a cold sauce is pointless. Or while waiting for a hot sauce to cool.

Oh, and if you make pizza frequently, you can simply cook a large batch and can it for later use. Alternatively, portion it into small containers and freeze it for later use, whichever method works best for you.

How do you thicken pizza sauce?

There are two ways to thicken your pizza sauce. The simplest and least messy method is to use very fine flour or cornstarch, making sure there are no lumps. If you’ve never done this before, simply combine the flour and a tablespoon of hot sauce in a cup or glass. Stir until the flour is completely incorporated into the sauce. If necessary, add more sauce. Using the back of your spoon, break up any clumps.

Once everything is combined, add a little thickener, stir the pot, and let it simmer for a few minutes. Add the rest if it needs to be thicker.

The second method for thickening pizza sauce is to strain it. You don’t have to completely strain it; you can still mix in some of the liquid. Take note that this produces the most chunky pizza sauce. So, if that’s how you like it, go for it.

Can you use ketchup as pizza sauce?

We don’t recommend ketchup as a pizza sauce because it has a low tomato content and is too sweet to be used as a base. Aside from that, ketchup has a thin consistency, particularly when compared to traditional pizza sauce.

Not even in the event of an emergency? No, we don’t think ketchup belongs on pizza. You can experiment with it, but unless it’s a really good chunky ketchup, you’ll mostly ruin the other ingredients.

That’s all there is to it. We know the raw vs. cooked pizza sauce debate will rage on for years because each has its own fan base. We’re sticking with cooked pizza sauce because it tastes better and is less sour than a raw pizza. Allow enough time for all of your ingredients and seasonings to thoroughly combine. Simmering accelerates this process. 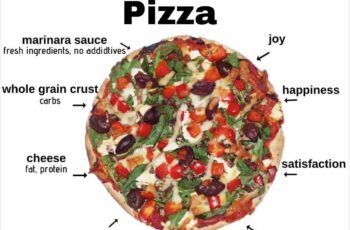 Pizza is one of the fast foods of many people … 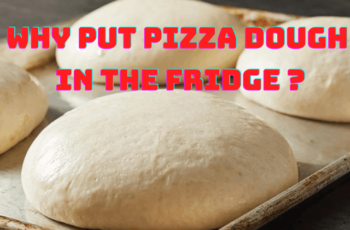 A great pizza is made or broken by the dough. … 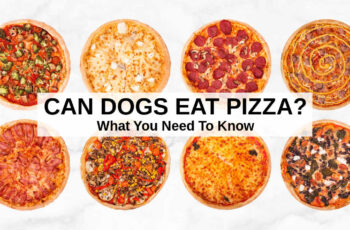 Pizza is the main dish at weekend parties, and a … 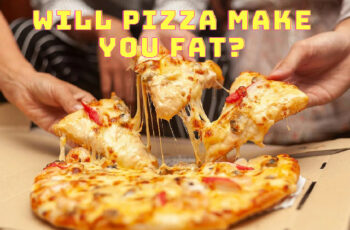 Pizza is a fast food that is both delicious and … 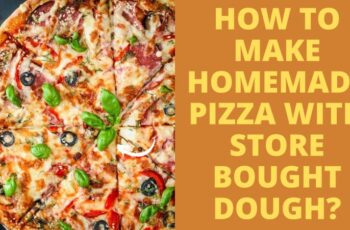 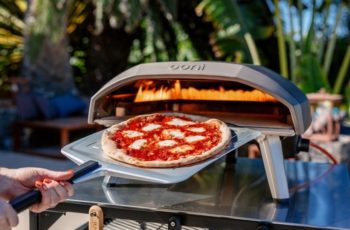 HOW MUCH IS A PIZZA OVEN? GOOD TIPS AND GUIDES …